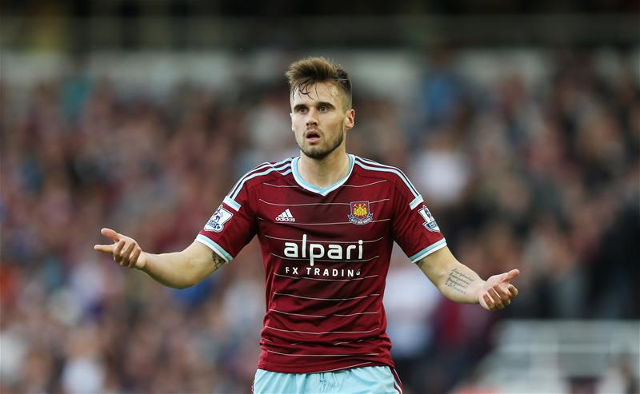 Arsenal manager Arsene Wenger has revealed that he won’t entertain selling Carl Jenkinson over the summer, reports the Daily Mail.

The right-back has been on loan at West Ham United this season, and has impressed for the Hammers.

The 23-year-old has played 32 matches for the East London club, managing two assists along the way. According to 65-year-old Wenger, he will only go out temporarily again, with a permanent deal not an option.

While the England international has been at Upton Park, Hector Bellerin’s emergence at the Emirates has knocked him further down the pecking order. The summer signings of Mathieu Debuchy and Calum Chambers had already forced the defender to the fringes before his successful spell at West Ham.

Jenkinson’s fine form under Sam Allardyce might have earned him a second chance in the first team.

“The decision is now whether to bring him back now,” began Wenger, “or give him one more year on loan.”

The Frenchman was speaking ahead of the North London side’s encounter with Swansea City. They need a victory over the Welsh club in order to stay in second in the Premier League ahead of Manchester City.