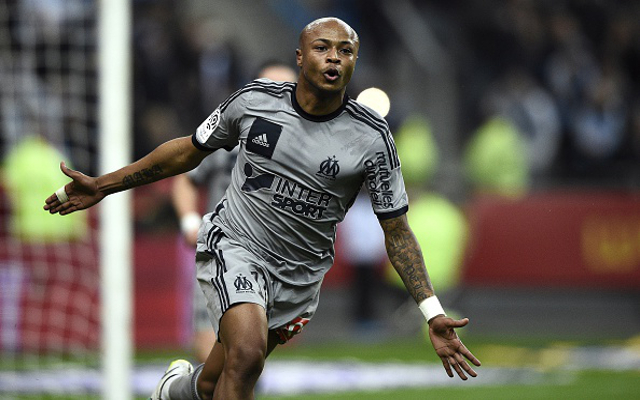 The Ghana international has not signed a new deal to stay with the Ligue 1 side, and his contract runs out in the summer. He also made clear recently that he isn’t willing to take a drop in his £3 million-a-year wages to stay at the Stade Velodrome.

The winger scored three times as part of the Ghana side which advanced to the final of the African Cup of Nations in February, and has also managed eight goals for his club this season. The Gunners could use him as backup to current wide man Alexis Sanchez or as a central option.

They will face competition from the Magpies and the Swans, as well as numerous other clubs across Europe who have been linked with Ayew’s signature, but the issue of wages could make the North London club favourites to sign Ayew. The midfielder certainly doesn’t seem willing to drop his demands.

“Lower my salary to stay at Marseille? Would you lower your salary?”