#mufc has reached an agreement with PSV Eindhoven & Memphis Depay for the player’s transfer, subject to a medical. pic.twitter.com/RdrJglzQGv

United revealed via their official Twitter account that they had agreed a deal for the highly-rated Dutch winger, subject to a medical and PSV Eindhoven sporting director Marcel Brands told Sky Sports on Friday morning that the 21-year-old rejected interest from the Reds:

“Liverpool contacted us and talked with the player. They were also one of the clubs interested but at the end Memphis had the final decision and he chose Manchester United.” he said.

But Rodgers, speaking at a press conference ahead of his side’s game against recently crowned champions Chelsea at Stamford Bridge on Sunday afternoon, has strongly denied those suggestions and insisted that a deal for the youngster was never close:

“He’s obviously a very talented young player but we have Raheem Sterling, Jordan Ibe, Adam Lallana and Lazar Markovic in those positions. We’re well covered, especially on the left-hand side.” the Northern Irishman told reporters (via Sky Sports). 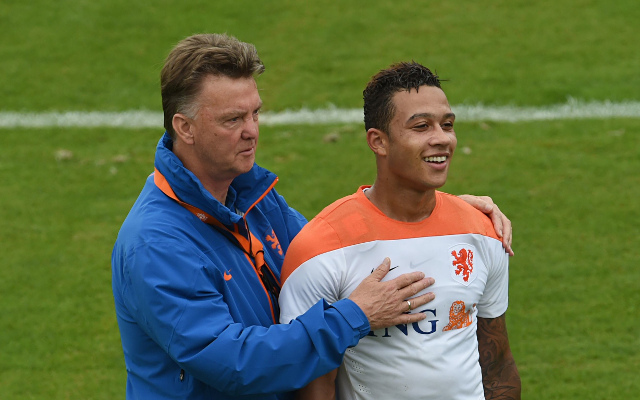 Depay has been in brilliant form at PSV this season, scoring 21 goals in 28 apperances in an Eredivisie title winning campaign and has chosen to link-up with his former international manager Louis van Gaal at Old Trafford next season.

The two bitter rivals are battling each other in the race to finish in the top-four this season, with the Red Devils currently four points clear of the Merseyside outfit with just three games remaining.