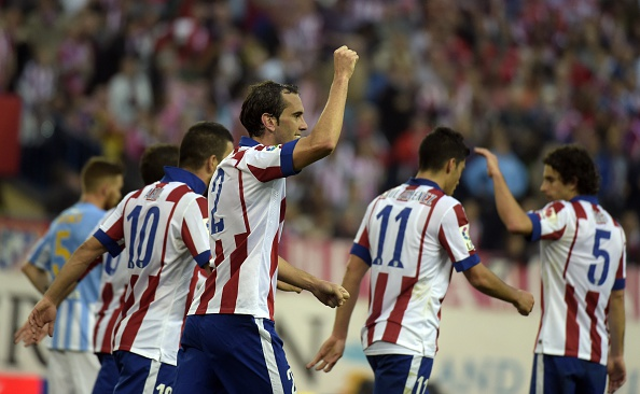 Chelsea are looking into the possibility of another raid on Atletico Madrid this summer as they set their sights on three of their star players, reports claim.

The Blues notably poached three big names from the La Liga giants last year, bringing in both Diego Costa and Filipe Luis from the Spanish champions, while Thibaut Courtois was also recalled after three years with the club on loan.

Chelsea are now ready to move for three of their players again, with this trio eyed by manager Jose Mourinho to come in ahead of next season: A player supposedly keen to link up with Mourinho at Stamford Bridge, Antoine Griezmann has scored 25 goals from out wide this season and is one of the top targets for Chelsea this summer as they look to add more variety to their attack, with signings such as Loic Remy and Juan Cuadrado not quite doing the job up front.