Premier League champions Chelsea are reportedly considering a double swoop for Everton defenders John Stones and Seamus Coleman, according to the Daily Mail.

Stones has been in excellent form for the Toffees this season and was handed his international debut by England manager Roy Hodgson in the friendly against Norway back in September – going on to make three further appearances for the Three Lions since.

Blues manager Jose Mourinho is understood to be keen strengthening his defensive options at Stamford Bridge and a move for the 20-year-old, who is a centre-half by trade, but comfortable at right-back, could be seen as a potential long-term replacement for Branislav Ivanovic. 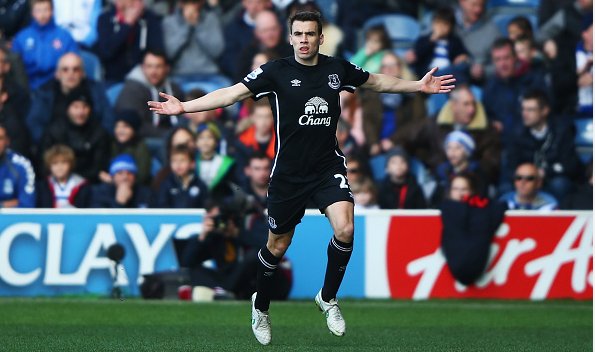 The Mail state that the West London outfit are also keeping tabs on Stones’ teammate Coleman as Mourinho looks to add quality to his squad in a bid to retain their Premier League title next season.

The attacking right-back has been one of the most improved players since arriving at Goodison Park from Irish outfit Sligo Rovers in 2009 and was voted in the PFA Team of the Year last season.