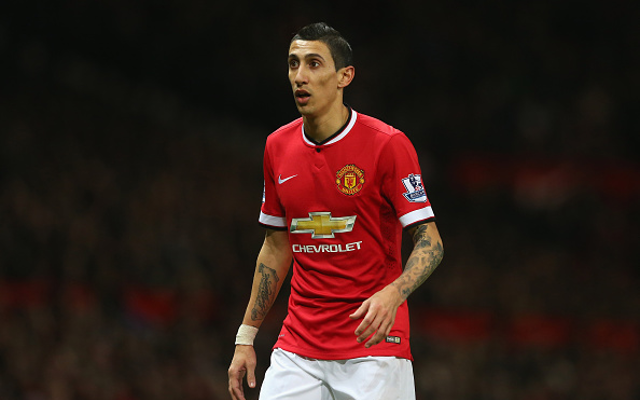 The Argentine international has had a frustrating first season at Old Trafford, struggling to hit top form after making a club-record £59.7m move to the club from Real Madrid last year.

This has seen Di Maria drop to the bench for United in some recent games, and there is now suggestion that he could be allowed to leave if the right offer comes in, according to the Metro.

The 27-year-old has previously shown himself to be one of the best playmakers in the world after a great career at the Bernabeu, and it may be that he would prove a better fit at the Allianz Arena after struggling to fit in in Louis van Gaal’s system at United.

Bayern already have many options in that position themselves, but may be under pressure to strengthen this summer if they miss out on a Champions League final spot.