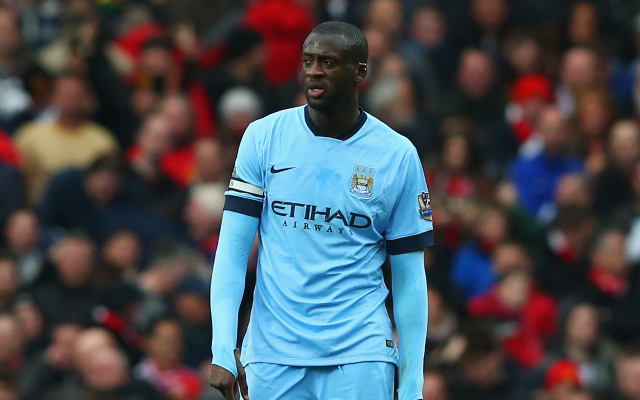 Real Madrid have entered the running against the likes of Inter Milan and Juventus to sign Manchester City midfielder Yaya Toure in the summer transfer window.

The Spanish giants are ready to match the Ivory Coast international’s £220,000 per week wages as he looks 90% certain to leave the Etihad Stadium at the end of this season, according to quotes from his agent Dmitri Seluk.

The 31-year-old has long been regarded as one of the best players in the Premier League but has suffered something of a dip in form this season as his future is thrown into doubt.

Inter have a long-standing interest in Toure due to manager Roberto Mancini’s desire to work with his former player, but according to the Daily Mail, it may now be that Real and Juve will also be contenders to lure him away this summer.

Real have a good record of signing big-name ‘Galacticos’ and Toure certainly fits that bill.