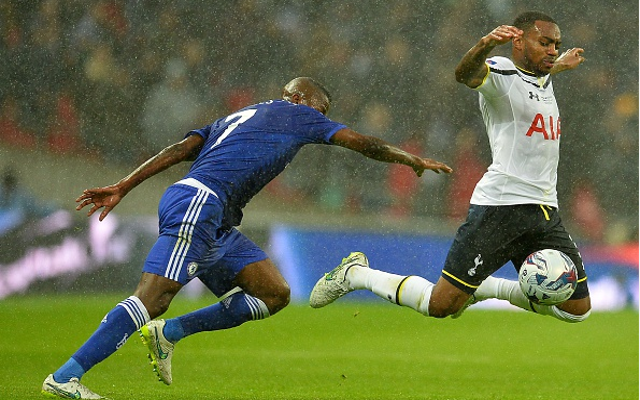 Tottenham Hotspur may accept bids in the region of £14m to sell key defender Danny Rose to Chelsea, Manchester City or Atletico Madrid this summer, according to reports.

The north London outfit already have youngster Ben Davies waiting in the wings to replace Rose, who has had a superb season at White Hart Lane and sparked talk of an England call-up.

Spurs look unlikely to make the top four of the Premier League this season and may need to consider selling players this summer if good enough offers come in, with Chelsea one of the clubs believed to be looking at Rose.

The 24-year-old left-back has caught the eye this term and could make a good replacement for Filipe Luis at Stamford Bridge, with the Brazilian failing to look like adequate backup to first-choice Cesar Azpilicueta in that part of the pitch.

According to the Daily Express, Chelsea could now be among the main contenders to sign Rose for £14m.