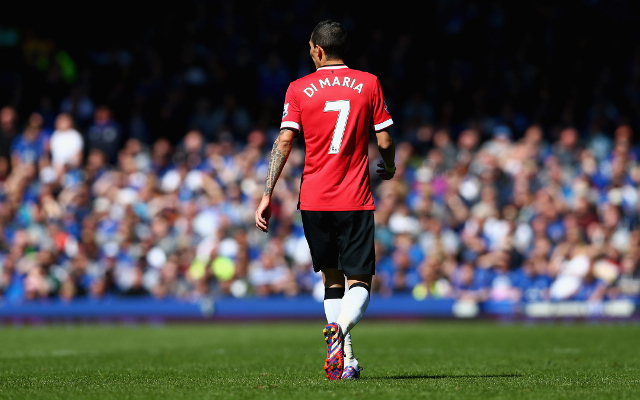 The former Santiago Bernabeu star has been hugely disappointing following his £59.7m move last summer, and, as a result, the winger could be making a shock exit at the end of the campaign after just one miserable term at Old Trafford.

French radio station RMC claim that Al-Khelaifi met with Mendes on April 15 to discuss a potential deal for the Argentine, and the pair have now resumed their talks.

According to the report, Di Maria previously favoured a move to the reigning Ligue 1 champions ahead of Manchester United, but a move never materialised due to concerns over Financial Fair Play.

However, PSG believe that they could bypass the FFP regulations by attempting to sign the 27-year-old on loan – with a purchase option at a later date written into the agreement with Manchester United.

RMC expect Les Parisiens to open talks with the Red Devils within the next few days, and a decision on the former Real Madrid winger’s future could be made within weeks.

Since joining the Red Devils just days before the close of last summer’s transfer window on August 26, the Argentina international has scored just three Premier League goals – far from what Louis van Gaal expected from his marquee signing.