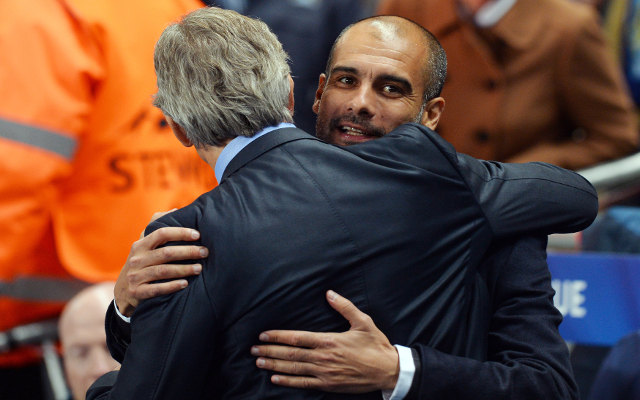 Sky Sports Spanish football expert Guillem Balague has moved to dismiss reports that Bayern Munich manager Pep Guardiola has agreed to take over from Manuel Pellegrini at Manchester City at the end of the season.

Reports in the Metro on Saturday afternoon had claimed the former Barcelona boss had already signed a pre-contract deal with the Etihad Stadium outfit to become the former Premier League champions’ new manager.

But Balague, who has close ties with Guardiola, has taken to social media and rejected those claims on Twitter:

Pure imagination and fiction this story that Guardiola has agreed to sign for City. Not true at all!!

It has been a tough few days for the Bayern boss since retaining the Bundesliga crown as they have been knocked out of the German cup by Borussia Dortmund on penalties and look unlikely to reach the Champions League final after a 3-0 first-leg defeat at the Camp Nou on Wednesday night.

A 1-0 loss at home against Augsburg earlier on Saturday has made if four straight defeats for the Bavarians in all competitions and speculation over Guardiola’s future is certain to be of huge interest in the coming weeks.