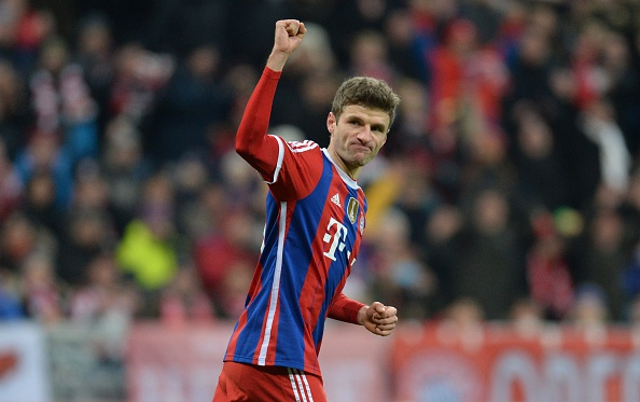 Louis van Gaal is looking to profit from a fall-out between Thomas Muller and Pep Guardiola to bring the Bayern Munich star to Manchester United.

Muller made no attempts to conceal his annoyance on Wednesday when he was substituted by the ex-Barcelona manager.

The Catalan coach made the decision to remove the World Cup winner during Bayern’s 3-0 defeat at the hands of Guardiola’s former club in the first round of their Champions League semi-final.

According to the Mirror, a rift has grown between player and manager following the snub with the 25-year-old furious at having been removed.

Van Gaal is a long-time admirer of the versatile forward and was believed to want to bring Muller to Old Trafford when he took the United hotseat last summer.

It was, of course, the Dutch coach who gave Muller his debut at the Allianz Arena.

Bayern responded to interest from the Red Devils both in the summer and in January by giving Muller a new four-year contract, but his recent bust-up with Guardiola may well push him towards the Premier League.