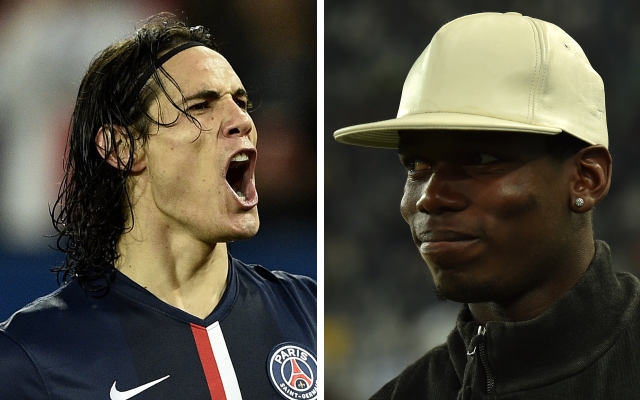 According to the Italian press, Paris Saint-Germain forward Edinson Cavani is being targeted by Juventus ahead of a potential summer transfer.

However, according to respected French journalist Pierre Menes, the Old Lady are only able to afford Cavani’s contract demands—reportedly €7.5 million per year—if they offload star man Paul Pogba.

The France international is set to be one of the key protagonists of the transfer window, with major clubs such as Real Madrid, Chelsea and Manchester United linked to his signature.

However, Menes believes that PSG might have the upper hand, particularly if they can offer Cavani to Juve to sweeten the deal.

When asked about a potential deal for the forward, Menes had the following to say on Twitter.

“Do Juve have the money?” he began, writing on his @PierreMenes account, “or it must be that Pogba is in the deal.”

Cavani was in explosive form on Friday evening, scoring a hat-trick as Laurent Blanc’s side trounced En Avant de Guingamp 6-0 to tighten their grip on top spot in the Ligue 1 table.

The Uruguayan will also be sought-after this summer, with the likes of United, Valencia and Arsenal interested in his signature.