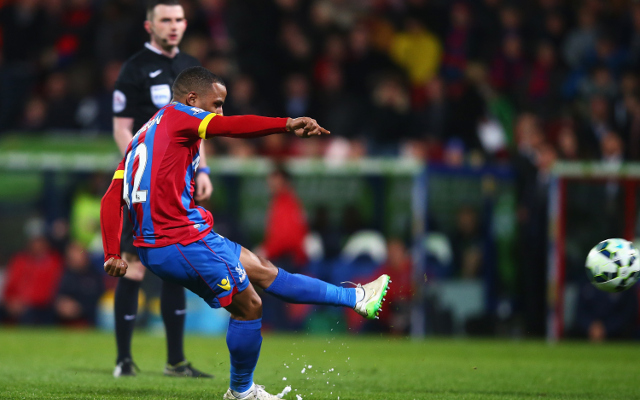 The Eagles ultimately lost the match due to a late Marouane Fellaini winner, but fans surely will have left Selhurst Park talking about Jason Puncheon’s second-half wonderstrike.

The visitors had taken the lead through a Juan Mata penalty, but Palace found their own opening when Chris Smalling was penalised for a foul.

The England defender had appeared to battle fairly for the ball with Glenn Murray, but an infringement was spotted by the referee and a free kick was awarded.

Admittedly, there may have been a deflection off the arm of Daley Blind, and the sun may have blinded David De Gea, but credit must be given to Puncheon’s well-struck effort.

It sent the Palace fans into a delirium, but that wasn’t to last, as Fellaini ultimately secured an end to United’s barren run.