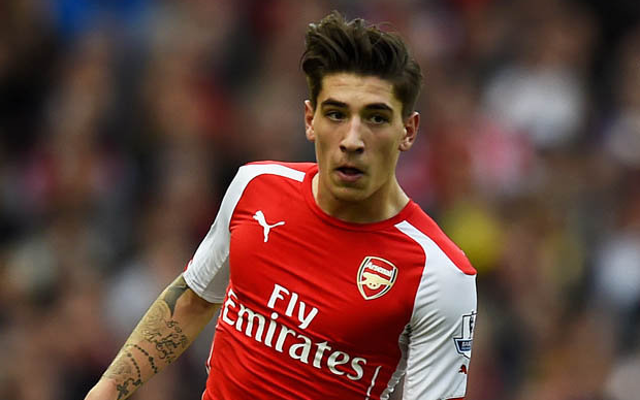 Arsenal defender Hector Bellerin is pleased with his decision to move to the Emirates from Barcelona in 2011, reports the Daily Star.

The right-back moved to the North London club when he was just 16-years-old, and it has taken until this season for him to break in to the first team.

The injury-plagued season of Mathieu Debuchy has provided a way in to the side for the youngster. He may not have had this opportunity at the Nou Camp, where Dani Alves has had the position tied down since 2008 and he was often used as a winger.

This is a similar story to that of Cesc Fabregas, who moved to the Gunners as a youngster and went on to become a key part of the team.

Reflecting on the decision to swap Catalonia for North London, Bellerin expressed confirmed the he was happy with his choice.

“I left there as a kid and now I feel like a man. I’ve grown up a lot because I left at 16 to come to another country, another culture. You really have to grow up and there’s a lot of things that have changed. When I was there I used to play as a winger and now I’m playing as a defender.