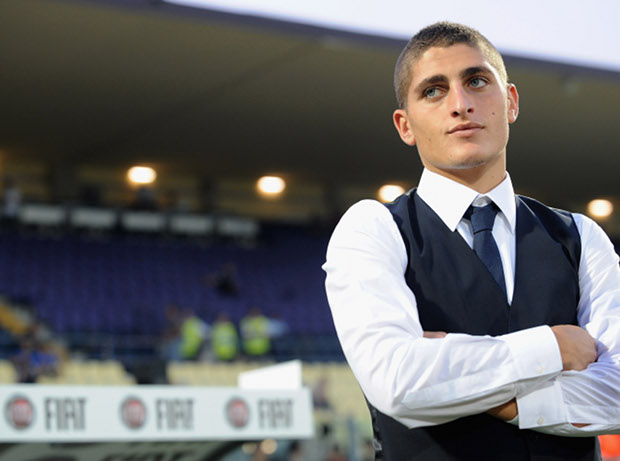 Paris Saint-Germain midfielder Marco Verratti has revealed that he is happy in France and not looking to leave the club this summer.

There has been no shortage of transfer rumours linking the Italy international with a move away from the Parc des Princes this summer following his fine form for Laurent Blanc’s side.

Beyond Premier League duo Chelsea and Arsenal, European giants Real Madrid, Barcelona and Bayern Munich have been linked with the midfield star.

The 22-year-old moved to PSG from Pescara in 2012 and has since won two Ligue 1 titles, he is in line to win his third next week, as the capital club currently sit at the top of the French table, six points clear of Olympique Lyonnais with only two games to play.

The prodigy was recently named top of a list of the world’s best U23 midfielders via the CIES Football Observatory.

However, speaking to Telefoot, the midfielder, who is under contract until 2019 with PSG, has quashed suggestions that he is set for a departure this summer.

“I am happy here,” he began, “I have confidence in the coach, my teammates and the club. The best thing to develop is to stay in Paris.”