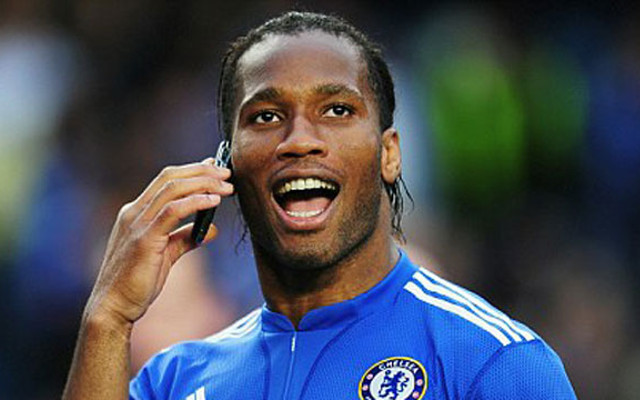 Chelsea star Eden Hazard has revealed that he didn’t want to join the club until a phone call from Didier Drogba, reports the Daily Express.

The Belgian was worried about a potential lack of Champions League football at Stamford Bridge. At the time the team were sixth in the Premier League, and he didn’t know that they were about the win the competition under then manager Roberto Di Matteo. However, the youngster soon changed his mind.

The 24-year-old has since gone on to be a huge success with the Blues. This season alone he has scored 19 goals, and overall he has netted 49 times in 161 appearances for the London outfit. During thee current campaign the winger has been the focal point for the team, being a massive part of their successful tilt at the Premier League title.

However, it would seem that this so nearly didn’t happen. Hazard had many opportunities to join different clubs when he left Lille and it took a Chelsea legend to persuade him.

He said: “”I was convinced when they won the Champions League in 2012. At the time, Roberto Di Matteo really wanted me, they had Juan Mata, and Oscar had been bought. I was told: ‘You’ll see, Chelsea will play football’.

“Gervinho called me and said: ‘Someone’s on the phone’. I didn’t know who it was but it was Drogba, he wanted me to sign. I was flattered, he was maybe the best striker in the world. In my head, I wasn’t going to sign, but in the end I was very pleased with my choice.”