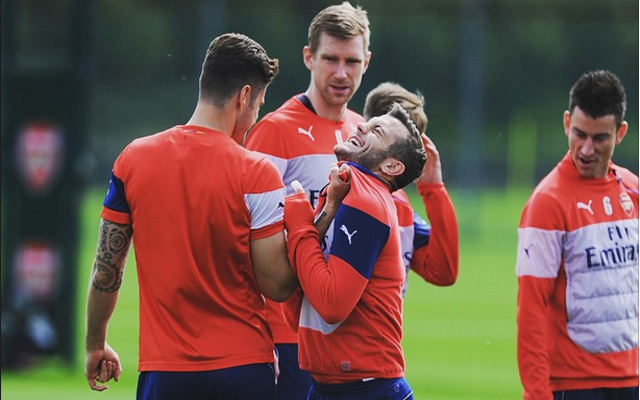 It’s clear to see from this photo that morale is high at in-form Arsenal, but that said given Jack Wilshere’s injury record it may be a good idea for Olivier Giroud to ‘attack’ other members of the Emirates Stadium squad just in case.

Wilshere made his long awaited return to first team action against Hull City last week, the England man’s first appearance for the north London side since last November, and showed glimpses of his obvious ability.