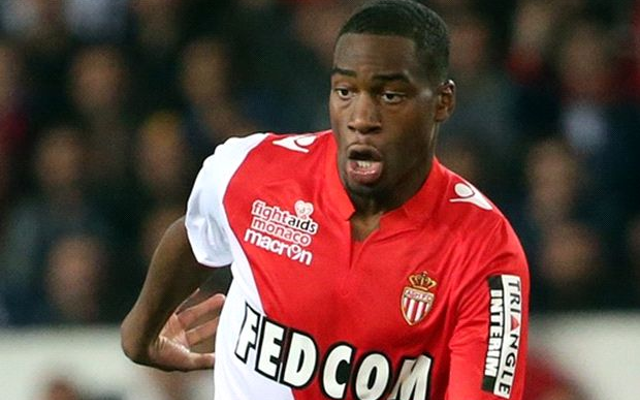 The agent of AS Monaco midfielder Geoffrey Kondogbia has admitted that his player is considering his options this summer, but that he wouldn’t move to a club where he would be sitting on the bench.

The France international is being courted by several clubs, with the likes of Arsenal and Liverpool heavily linked with his signature.
Chelsea and Tottenham Hotspur are also believed to be interested in the player.

Kondogbia may have struggled to impress during his first season at the Club of the Principality, but he has excelled this term under Leonardo Jardim. The powerhouse has impressed in both Ligue 1 and in the Champions League, where he terrorised Juventus with his strong running, muscular play and long-range shooting.

He is a player capable of winning midfield battles, but who is also capable of finding the net—as he has done both in the league and in the Champions League this season.

However, it seems as though the former Sevilla man would only consider a move to one of the EPL quartet if he could be guaranteed first-team football.

“We are being solicited by some big clubs,” began the player’s agent Jonathan Maarek, as per Le 10 Sport, “they are big names, we will have lucidity to make the right choice.

“The idea is not to sit on the bench of a big club.”

This may well rule out Chelsea, where Nemanja Matic and Cesc Fabregas are Jose Mourinho’s favoured midfield partnership.

However, which of the other trio—Arsenal, Spurs and Liverpool—would be able to offer Kondogbia guarantee of first-team football.