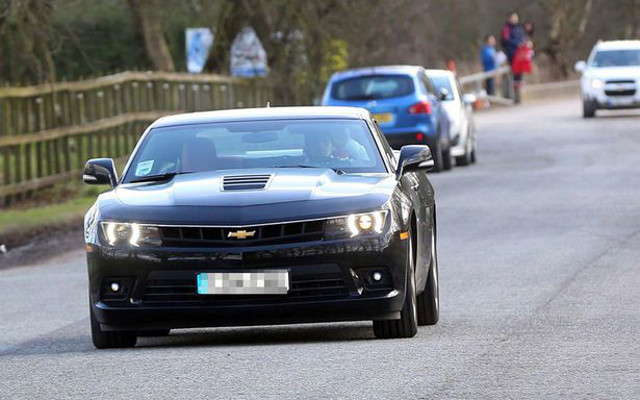 Manchester United players have been told that they must ditch their Porsches, Ferraris and Range Rovers, and drive Chevrolet cars to training in order to satisfy their shirt sponsors.

The senior Red Devils stars are known for driving into training in some of the most stunning supercars, which has reportedly led to Chevrolet believing that the players were embarrassingly rejecting the free cars they were delivered as part of the sponsorship deal.

As a result, the Mirror report, the American car manufacturer has demanded that Old Trafford chiefs order the players to drive their Chevrolet vehicles to and from training; so the brand is given good media exposure.

Around 15 cars were transported over to Manchester United’s Carrington training ground as part of the deal, but only the club’s ground staff were willing to drive the vehicles.

A source revealed, “It was pretty embarrassing when they motor firm had handed over all these free cars and no one wanted to drive them.

“Now the lads have been asked to take them for a spin every now and again so they get pictured behind the wheel of a Chevy.

“They might not be Porsches but they are lovely cards and the average United fan would kill for a free motor. So far stars such as David De Gea, Jonny Evans, Juan Mata and Antonio Valencia have been spotted driving the cars to the training ground.”

Louis van Gaal’s side beat Crystal Palace on Saturday evening, and with fifth-placed Liverpool only scraping a draw with Premier League champions Chelsea, a place in the top four is all but secured for the Red Devils.