Manchester United may be closing in on a return to the Champions League next season after much needed 2-1 victory against Crystal Palace at Selhurst Park on Saturday evening but striker Radamel Falcao still causes a split between fans on social media.

Since joining United on loan from AS Monaco on a season long deal last summer, the Colombian international has failed to replicate the form he produced at former clubs Atletico Madrid and Porto which made him one of the best strikers on the planet.

After yet again being named among the substitutes against Eagles, Falcao was offered the chance to add to his four goals this season as he replaced the injured Wayne Rooney at half-time, but not for the first time he failed to make much of an impact. 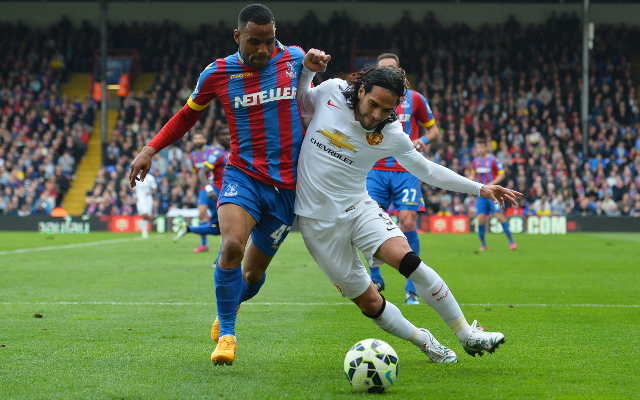 Despite playing a small a part in United’s winner scored by Marouane Fellaini, he still is yet to convince a number of the club’s supporters but on the other hand he does have a few backers who insist the best is yet to come from the striker.

Take a look at the differing opinions from fans on Twitter below:

If we buy Falcao, oh man I don’t know what I’ll do to myself.

@FALCAO stick with it mate, some glimpses of class… You’ll do well for us in @ChampionsLeague next season!

Better from Falcao, held up ball well & touch was good. Could have had goal had young squared it across and almost lovely assist to Herrera.

If it’s true that everyone has a doppelganger, I want to meet Falcao’s. All of them.

Falcao getting a lot of stick again. Clearly from fans who didn’t watch the game. The service to our strikers is terrible. #mufc