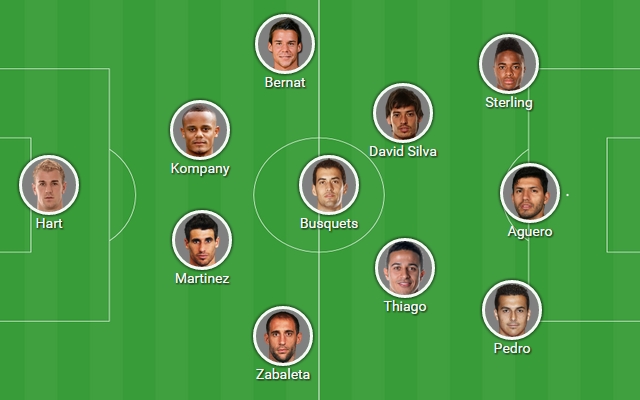 The biggest story of the football weekend is that Pep Guardiola has agreed to coach Manchester City at the beginning of next season.

While the switch is far from confirmed—with City denying the move—this is a potential move that has stimulated imagination across the footballing world.

Not only would we get to see the Barcelona great take his first steps in the Premier League, and go head-to-head with old foe Jose Mourinho once again, we would also get to see the current Bayern Munich coach stamp his imprint upon City.

With their considerable funds and their strong—if flawed—current squad, the prospect of City being forged in Guardiola’s image is mouth-watering.

In this feature, we predict the club’s starting XI at the beginning of the season should the Catalan coach move to Eastlands this summer.