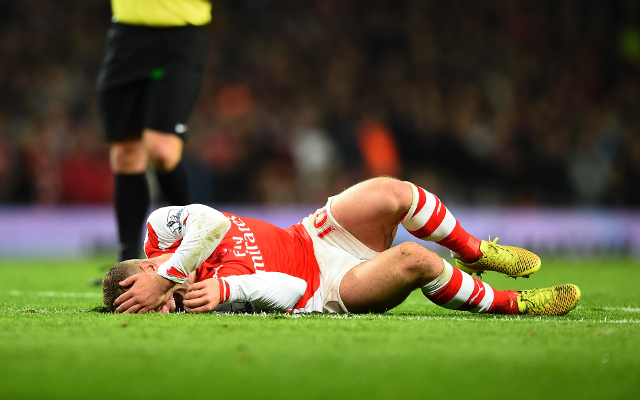 Thierry Henry claims that if it wasn’t for the number of injuries to first-team stars over the past few seasons, Arsenal would have won the Premier League title within the last four or five years.

The Gunners are yet to add to another league trophy to their cabinet since the triumph of the ‘Invincibles’ side in the 2003-04 campaign.

Arsenal have been in stunning form in the second-half of the since after reacting superbly to their shock Champions League first-leg defeat to Monaco back in February – by going on an 11-game unbeaten run.

Arsene Wenger’s side have surged up the table and, with two games in hand over second-placed Manchester City, look set to finish the season runners-up – showing that they have the quality to challenge for the top position.

But Henry has told the club that they must figure out why so many of the senior squad spend months of the season nursing injuries.

The Gunners legend said, “Arsenal must sort out this injury situation,” as quoted by the Daily Star.

“I honestly don’t know why the get so many. Arsenal would have won the title within the last four or five years but for all these injuries.

“It is not a coincidence that every time they get the players back, they go on a fine run.”

Jack Wilshere, Mesut Ozil, Olivier Giroud and Alex Oxlade-Chamberlain are among the first-team stars that have spent large chunks of this season on the sidelines – with the latter not likely to feature again this term.

Few Premier League supporters would doubt that – with a fully-fit team – Arsene Wenger’s side could have proved more of a threat to champions Chelsea.