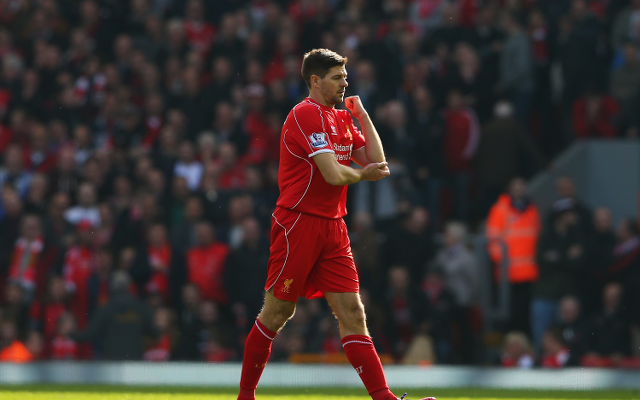 Chelsea fans joined their Liverpool counterparts in giving Steven Gerrard a standing ovation when he was substituted during their match on Sunday.

The 34-year-old scored the Reds’ equaliser in the match after John Terry had originally put them behind at Stamford Bridge. However, the Merseyside club weren’t able to kick on and get the winner that would keep them in the race to qualify for the Champions League and give their captain the ending to the season he deserves.

This is the last Liverpool campaign the midfielder will take part in as he is moving to MLS side LA Galaxy in the summer. Still though, Chelsea supporters weren’t letting the Anfield hero forget his slip against them last season, which went some way to handing Manchester City title.

The former England international fell over to give the ball to then Blues striker Demba Ba in their match last season, a match that they ended up losing. They did show their class with this moment though…