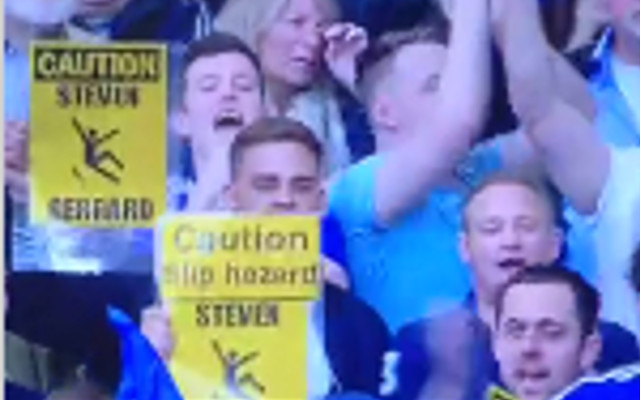 The 34-year-old fell over when he had the ball against the Blues at Anfield in the last campaign, allowing Demba Ba to promptly take the ball and score. This came as the Reds were in the middle of the title race, and the defeat turned out to be enough to put them off kilter and allow Manchester City to become champions.

The former England captain seemed to respond well to the posters held by the opposition fans though, scoring for the Merseyside club to equalise in the first half. He was also given a standing ovation from all corners of the ground when substituted in the second period, showing that the Blues supporters do have respect for the Anfield hero.