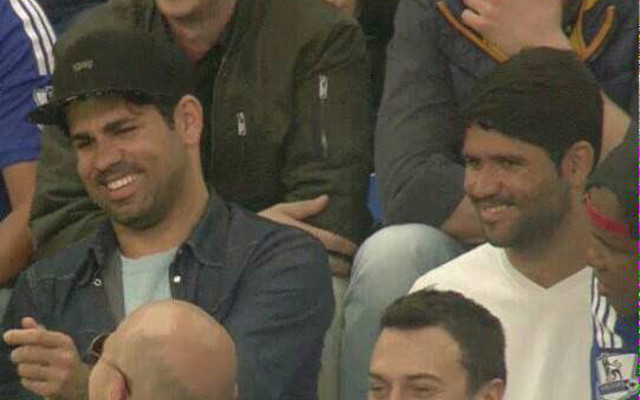 Chelsea striker Diego Costa has been missing from the first-team squad since limping off in the victory over Stoke City in early April, but has been ever-present behind the Stamford Bridge dug-out.

The Spain international is unlikely to feature for the remainder of the season, as boss Jose Mourinho is unlikely to risk playing the club’s top scorer with the title having already been won.

The Premier League champions have welcomed Liverpool to Stamford Bridge on Sunday afternoon – in which they were given a guard of honour from their opposition for clinching the Premier League title with three games to spare – and have rested a number of first-team stars, including Nemanja Matic, Cesar Azpilicueta and Gary Cahill. Ruben Loftus-Cheek was handed his first senior Blues start.

Defeat for Brendan’s boys would see the Reds’ slim hopes of pipping Manchester United to fourth-place ruined – with their fierce rivals having beaten Crystal Palace on Saturday evening.