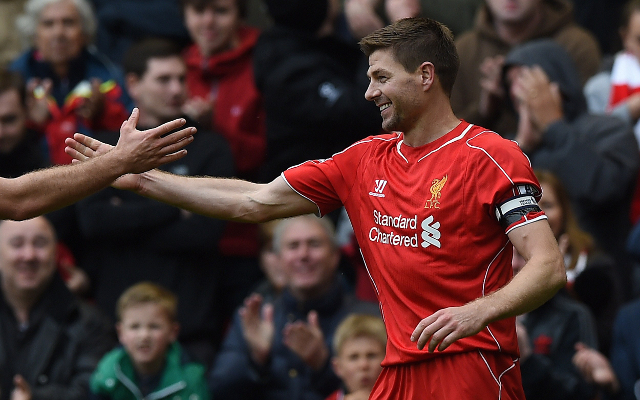 Steven Gerrard has equalised for Liverpool against Chelsea, after Blues skipper John Terry had scored the opening goal of the match.

The 34-year-old headed in a Jordan Henderson set-piece, helped by some terrible defending by his opponents. No one was marking the former England captain at the back post, and as a result he was easily able to put away a stooping header to bring the two teams back to equal terms before half time.

Earlier fellow experienced player Terry had also scored a header, rising to nod in an Eden Hazard corner. This had made it seem that the Reds’ push to qualify for the Champions League might be over, with manager Brendan Rodgers knowing that they have to win in order to keep the pressure on Manchester United.

Fans will also be especially happy with Gerrard scoring, with it quietening  Chelsea supporters who had been taunting the midfielder for his slip against them last time round which effectively lost them the title.