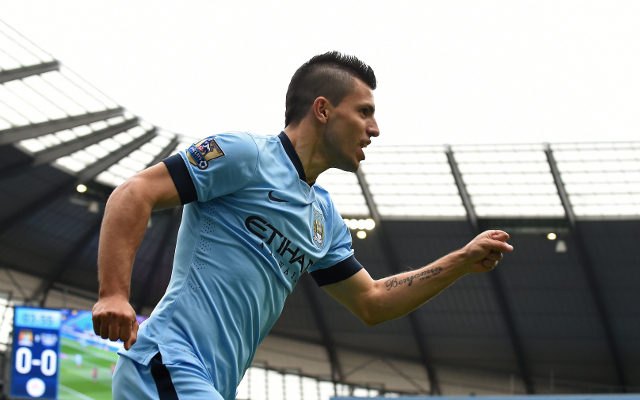 Manchester City moved three points clear of Arsenal in the race for second after cruising to a 6-0 victory against Queen Park Rangers at the Etihad Stadium on Sunday afternoon in a game that has relegated the visitors after just one season back in the Barclays Premier League.

Sergio Aguero was once again the star of the show for City as he scored a fantastic hat-trick to move even clear in the race for the Premier League golden boot as the hosts battered the bottom side in the division. 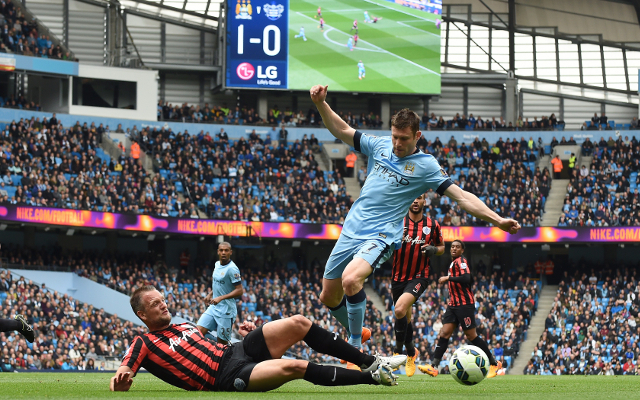 Manuel Pellegrini was boosted by the return of influential duo Vincent Kompany and Yaya Toure, who were both named on the substitutes bench as the City manager decided to keep faith in the side which beat Tottenham 1-0 at White Hart Lane last weekend.

The visitors came into the game knowing anything less than a win would result in relegation and they made an awful start as they fell behind after just four minutes when Aguero took advantage of some poor defending to score his 23rd league goal of the campaign.

Charlie Austin did have the ball in the net for the Hoops but his effort was ruled out for offside then  Kolarov doubled the lead from a set-piece for his second in as many games at the Etihad Stadium.

Minutes before the interval, Leroy Fer and Bobby Zamora wasted a great chance to get back into the game but the former hit the bar with a lobbed effort then the latter headed the rebound straight into the arms of Joe Hart.

As the away side pushed for a goal early in the second half they were hit on the counter attack in devastating fashion as Aguero raced through to score his second of the afternoon with a calm finish.

The visitors heads had dropped after conceding the third and they were soon 4-0 down after Matt Phillips had conceded a penalty for a foul on David Silva and Aguero made to mistake from the spot to complete his hat-trick and take his goal tally in the league to 25.

There was still enough time for City to score twice more as James Milner made if 5-0 with a simple tap-in at the back post, then Silva completed the thrashing with the best goal of the game in the 87th minute.

The result means QPR will be back in the Championship next season, while City are now mathematically assured of Champions League football and will secure a top-three finish if they beat Swansea City next weekend.