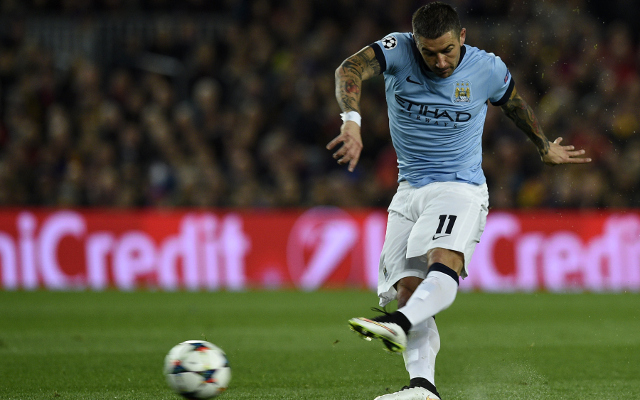 Manchester City have gone two goals up against Queens Park Rangers thanks to an exquisite free kick from Aleksandar Kolarov.

The Citizens had already gone ahead through a mazy run and clinical finish from Sergio Aguero. This second has made things even worse for the visitors, who have to win to avoid being relegated to the Championship. It does not look like that is going to happen with Chris Ramsey’s side already well behind before half time.

The Sky Blues go second with this victory before Arsenal play Swansea City on Monday night. Manager Manuel Pellegrini may need the team to finish as runners up to hold on to his job. After a season with no trophies and a dreadful defence of their Premier League title the Chilean’s position is very precarious.

Kolarov has done him a favour here though, with the defender curling in a great goal from a set piece. Do the London side have any chance of coming back from this?