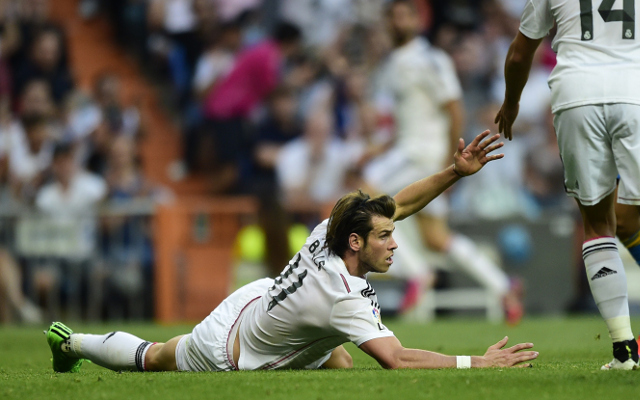 Gareth Bale’s apparent struggles at Real Madrid could be down to his failure to grasp the Spanish language, which is reportedly isolating him from his teammates.

Despite moving to the Bernabeu for a world record fee in the summer transfer window nearly two years ago, and taking regular lessons, the Welsh winger is not confident enough to take part in interviews without a translator, according to the Daily Mail.

This has also been a problem during games, as manager Carlo Ancelotti prefers to speak to his players in Spanish.

It has become the latest indication that his dream move to Madrid is starting to turn sour.

The Daily Mail reported that his agent Jonathan Barnett had to leap to his defence following his side’s defeat in the first leg of their Champions League semi-final against Juventus, as the former Tottenham man was slated for his performance.

Barnett claimed that the 25-year-old is enjoying a good season, despite the criticism, and if he was used correctly, he could be the best player at the club.

“We’ve been vindicated by these statistics and it’s what we’ve been saying all along,” he said.

“It proves that people don’t know what they’re talking about when they criticise Gareth.

“Real have to work with Gareth and pass the ball to him more. Give him more of the ball and let him show everybody what he’s good at. He’s going to be the best player at Real Madrid when his team-mates work with him and help him,” he added.