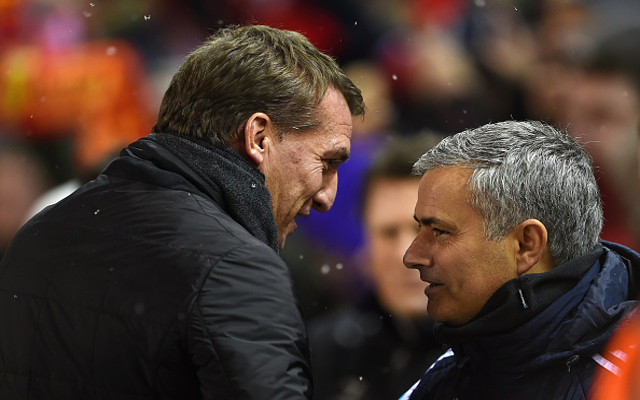 Liverpool manager Brendan Rodgers has blamed the lack of a title challenge on the loss of Luis Suarez, Daniel Sturridge, and Jon Flanagan, reports the BBC.

The Northern Irishman also believes that Chelsea have been crowned Premier League champions because of the addition of Diego Costa, Cesc Fabregas, and Thibaut Courtois to their squad for the campaign. The Blues won the competition with three games to spare, with their competitors having to fight over second place as a result.

Meanwhile the Reds have struggled this time round after coming second and remaining in the title race until the final day last season. The draw with Chelsea has left them all but out of the race for Champions League qualification, with Manchester United needing just a draw in their last two games to confirm fourth place.

This has led Rodgers to blame the decisions made last summer for this drop off. Although several players were brought to Anfield, none of them have managed to make a big impact in English football.

The 42-year-old said: “It’s quite simple. From where the two teams were last year it’s straight forward. Chelsea took in three starters that came into their team [Fabregas, Courtois, Costa]. We are missing three in Suarez, Sturridge and young John Flanagan.

“They took three in, we lost three. The players we have had have given everything but we are fifth and that’s probably where we are at at the moment.”