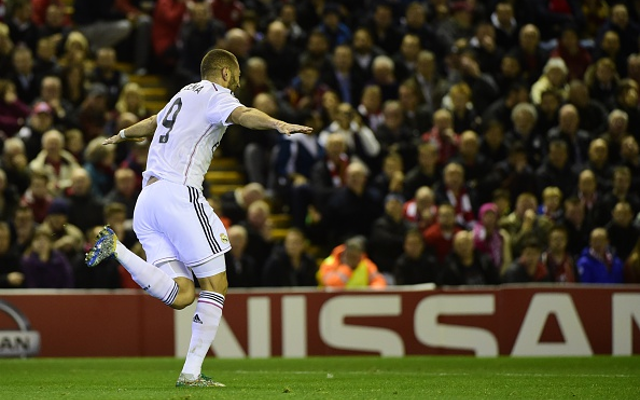 The 27-year-old has 15 goals in La Liga this season, and another six in the Champions League. Nevertheless, according to the Daily Star, the Spanish giants would like to sell him in the near future, before his value falls with age.

The French international would cost around £40m, which would allow Carlo Ancelotti to reinvest the money on younger forward.

The trio of English sides have seemingly not been put off by the fee it would require to sign Benzema, nor by the knee ligament injury that has kept him out of action for the last month.

Despite the club’s willingness to sell, his manager has given the striker his backing, suggesting that he is enjoying his best run since the former Chelsea boss came to the Bernabeu two years ago.

“Benzema is enjoying a good run of form, I don’t know if it is the best of his career, but it is his best form since I have been here,” he said.

While he has been injured, Madrid have fallen away in the title race, as they now sit four points behind leaders Barcelona with just two games to go, and face having to overcome a deficit in the second-leg of their Champions League semi-final against Juventus.