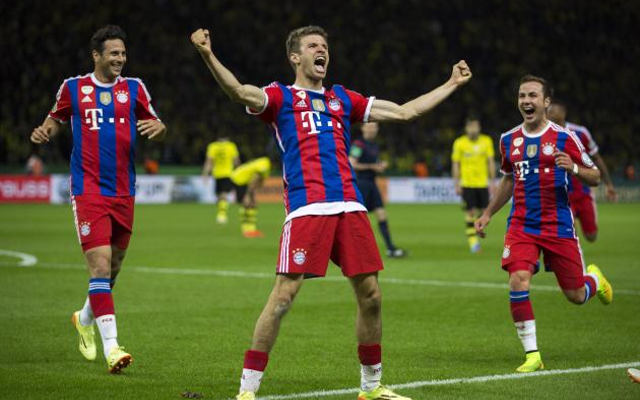 Man United boss Louis van Gaal will look to make the most of an apparent breakdown in the relationship between Bayern Munich manager Pep Guardiola and forward Thomas Muller, according to the Daily Mirror.

The 25-year-old German international didn’t take kindly to being subbed by Guardiola during Bayern Munich’s Champions League semi-final clash with Barcelona and this has led Louis van Gaal to renew his push for the versatile attacker, says the report.

Van Gaal knows Muller well from his time in charge of Bayern Munich, the lanky marksman playing a key role in the club’s domestic double triumph in 2009/10, and the Daily Mirror claims that the Dutch boss had sanctioned a move for the World Cup winner soon after taking over at Old Trafford. 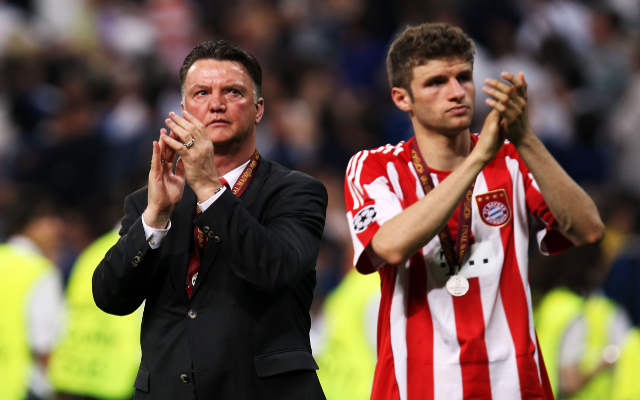 In many ways, Muller may be the ideal addition to boost Man United’s attack, with the Bayern Munich star’s versatility in the final third perhaps being the missing key in the club’s push for major honours.

This season Man United have, for the most part, struggled in the final third.

Radamel Falcao and Robin van Persie have both disappointed in central striking roles while Wayne Rooney’s form in that position has been patchy at best, and the confirmed capture of PSV Eindhoven’s Memphis Depay is perhaps just one of a number of additions van Gaal wants to make to his Man United attack.

Muller is adept at filling both wide and central roles and has the physical presence to thrive in the English top tier, and it’s perhaps his experience at European level that most interests van Gaal.

Thomas Muller has bagged 19 goals in 34 Champions League appearances over the past three seasons.

Man United’s current wide-attacking options have had up and down times of it this season with the likes of Ashley Young and Juan Mata both proving effective whilst club record signing Angel di Maria hasn’t come close to justifying his £59.7m (via BBC Sport) transfer fee.

Youngster Adnan Januzaj hasn’t had much of a look-in either. The last of the 20-year-old’s seven Premier League starts came back in February, and these factors may well have accelerated Louis van Gaal’s push to capture Depay, and consider Muller, too.

Van Gaal could get the most out of his Man United attack by looking to construct a more fluid approach, where versatile talents could chop and change. The likes of Depay and Muller could therefore be ideal captures and with one of the pair ‘in the bag’, the veteran boss would do well to make an offer for the other, especially if talk of his ‘rift’ with Guardiola are indeed accurate.

This term, Muller’s notched 20 goals in all competitions for the German champions, and registered 13 assists (via WhoScored) too.