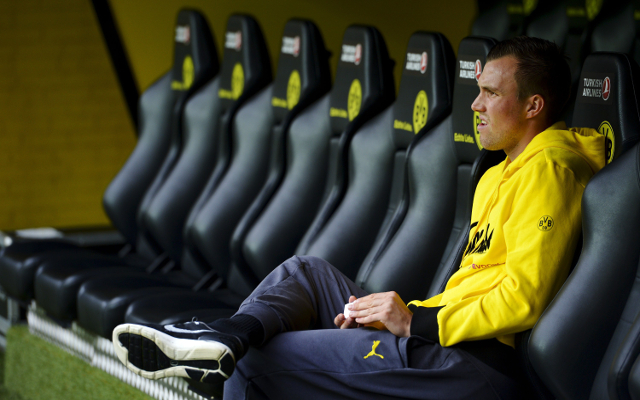 Arsenal have been given a boost in their pursuit of Borussia Dortmund wide-man Kevin Grosskreutz according to the Metro.

The 26 year old German international is set to leave the Westfalenstadion and with just a year to run on his current contract it’s likely the Gunners could pick up the versatile Dortmund star at a bargain price.

Grosskreutz can play on either flank and has the defensive wherewithal to operate as a full-back though is perhaps more effective in the final third.

Arsenal are said to have made a £3.7m bid for Grosskreutz earlier in the campaign and would do well to renew their interest in the player this summer.

Grosskreutz has struggled for regular action this term, his sixth in the Borussia Dortmund first team set-up, and a summer exit looks likely.