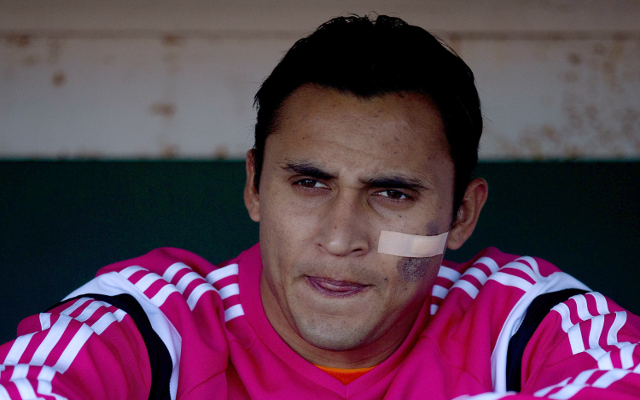 Arsenal boss Arsene Wenger has today been linked with moves for two defensive additions which are a tad hard to fathom.

The Metro claim that the Gunners are keen on Celtic centre-back Virgil van Dijk though a move for the Parkhead star wouldn’t improve on options currently in the Emirates Stadium squad.

Wenger looked to strengthen his central defensive options in January by bringing in Villarreal’s Gabriel Paulista and the Brazilian has, on the whole, proven himself very capable of offering a back-up to first choice starters Laurent Koscielny and Per Mertesacker.

As good as van Dijk has been at Celtic we are still talking about a 23 year old who is yet to win a senior national team cap and it’s hard to judge a player’s quality in the very mediocre confines of the Scottish top tier.

Wenger has consistently been linked with moves to bring in a fresh goalkeeping option with first choice starter Wojciech Szcz?sny losing his spot on New Year’s Day, after a calamitous display against Southampton, and replacement David Ospina perhaps still not looking entirely convincing.

The Metro therefore asserts the north London side’s interest in Real Madrid’s Keylor Navas who, like Ospina, rose to prominence after a superb World Cup showing for Costa Rica.

However the 28 year old has barely featured at the Bernabeu, making just five La Liga starts, and with talk of a possible move for David de Gea is looks as though Navas is already surplus to requirements at the Spanish giants.

Would Navas represent a recognizable improvement on Arsenal’s current custodians, we’d say no.