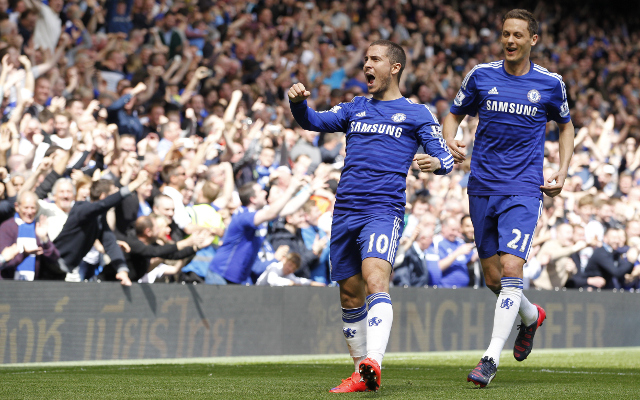 Chelsea winger Eden Hazard has claimed the Football Writers’ Association Footballer of the Year award to crown what has been an outstanding season for the 24-year-old and the decision has been well received on social media.

The Blues star won the award with 53 per cent of the vote from over 300 journalists (via the FWA official website), as he comfortably fended off competition from Tottenham striker Harry Kane, while his Chelsea team-mate and captain John Terry finished third.

We’re pleased to announce that @ChelseaFC‘s Eden Hazard is this year’s FWA Footballer of the Year! Congratulations @hazardeden10 #cfc #epl

Hazard has scored 20 goals in all competitions this season with 16 of the coming in the Premier League as he played a vital role in ending the club’s five-year wait for a league title and also scored a crucial goal in the Capital One Cup semi-final against Liverpool en route to lifting that trophy.

It’s the second Player of the Year award that the Belgian has picked up this season after his PFA success and his double of individual awards has been celebrated on Twitter:

Congratulations to @hazardeden10 on being named the Football Writers’ Player of the Year! #CFC pic.twitter.com/cpaHxMLzQ7

FWA chairman Andy Dunn: “The list of truly world-class players on the roll of honour is a long one and Eden Hazard is a worthy addition.”