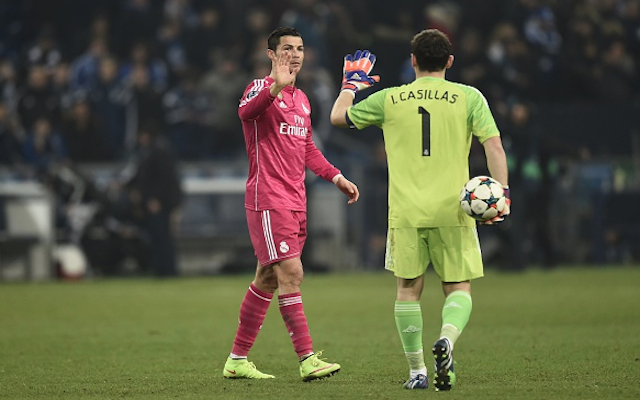 Former Real Madrid goalkeeper Agustin Rodriguez is “certain” both Cristiano Ronaldo and Iker Casillas will leave the club in the summer.

Casillas has been at the centre of transfer speculation for a few seasons and was jeered by his own supporters during Real Madrid’s 2-2 draw with Valencia on the weekend.

Ronaldo, meanwhile, missed a penalty in the same match and has cut a frustrated figure at times this season.

Rodriguez told Radio Marca he was adamant that both stars would leave the Santiago Bernabeu during the off-season.

“I am certain that Casillas and Cristiano Ronaldo are going to leave at the end of the season,” he is quoted as saying by Sport-English.

“We’ll see as much in the news that comes out in Wednesday’s papers.”

The 30-year-old remains the club’s most prized possession and has scored a scarcely believable 52 goals across all competitions this season.

Casillas may be on the move however with Real Madrid showing interest in Manchester United shot-stopper David de Gea.