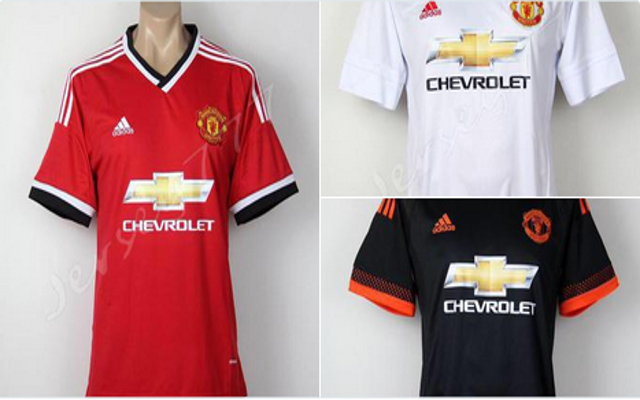 By all accounts the shirts below will be the ones Louis van Gaal’s men will run out in next season and they all look pretty smart.

Of course the ‘third’ kit may get to see more action in 2015/16 with van Gaal’s men having secured a return to the Champions League, which in turn may well mean the Dutch boss will be able to bring in top notch signings to wear the club’s new strip.

KITS: These look like what we can expect next season. What do you think? #MUFC pic.twitter.com/y9qedAIyL2