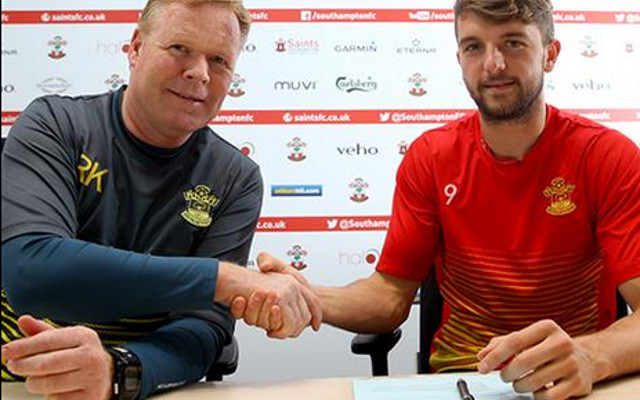 England international Jay Rodriguez has signed a new contract with Southampton, they have announced on their official website.

The 25-year-old’s deal will keep him at the St. Mary’s until summer 2019, and will warn off Arsenal, Liverpool, and Tottenham from attempting to sign him. The Daily Star has linked the trio to the forward, who has scored 26 goals in 76 appearances for the South coast club. He netted 17 times in 40 games during the last campaign.

However, even with this record and the interest in his signature it is very surprising that a new deal has been offered to Rodriguez. The winger hasn’t played a single game this season after an injury suffered in April 2014. The knee problem ruled him out of the World Cup last summer, and he seems to have struggled to return to fitness.

It seems a big risk from Saints to give Rodriguez a new contract, with there being no way of telling if he will able to replicate his former form after over 12 months out of the game. However, it may have been a necessity to make sure that their Premier League rivals didn’t try and tempt him away in the next transfer window.

Rodriguez seemed happy at the news, saying: “I’m delighted. It’s a great club and we’ve done amazingly this year. It’s been a tough year for myself being out, but I’m really delighted to sign the contract. It’s now about looking forward to the future.

“The medical staff have all worked tirelessly with me, so this is great news. I just want to carry on improving now and to try to get some game time.”

Manager Ronald Koeman is yet to pick the forward but still seemed pleased to have tied him down to a new deal: “This is very good news for the club because there was some speculation about Jay and interest from other big clubs, so it is a compliment to the club that we have an agreement.

“It has been a difficult time for Jay who has been doing everything to come back in a good shape. It’s a good start to the summer business for us because it shows that everyone here is convinced by what we want to achieve.”