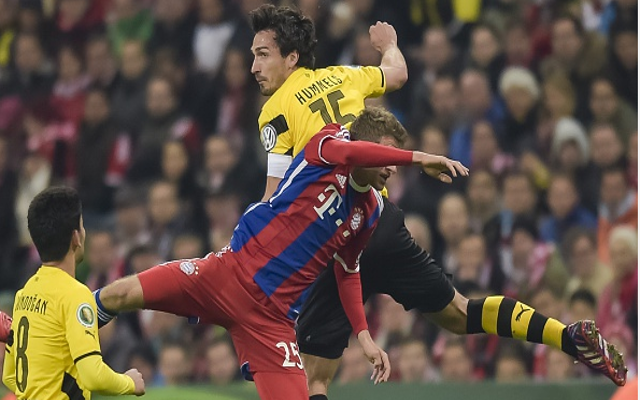 Man United are pushing on with their summer transfer push with the Daily Star claiming that the Old Trafford side are in talks to sign Borussia Dortmund’s Mats Hummels.

The 26 year old may be one of a host of stars set for Westfalenstadion stars set for exits with Jurgen Klopp having already confirmed his imminent departure and Man United are set to offer £37m for Hummels having seen an earlier £21.5m bid given short shrift by the Bundesliga side.

The addition of Hummels would be a huge improvement on central defensive options currently available to Man United boss Louis van Gaal.

The likes of Jonny Evans, Phil Jones and Chris Smalling have all struggled for consistency this term and new signing Marcos Rojo is still adapting to life in the English top tier.

Hummels helped Borussia Dortmund to back to back domestic doubles early in his spell at the club but has since seen his side fall a country mile behind domestic giants Bayern Munich.