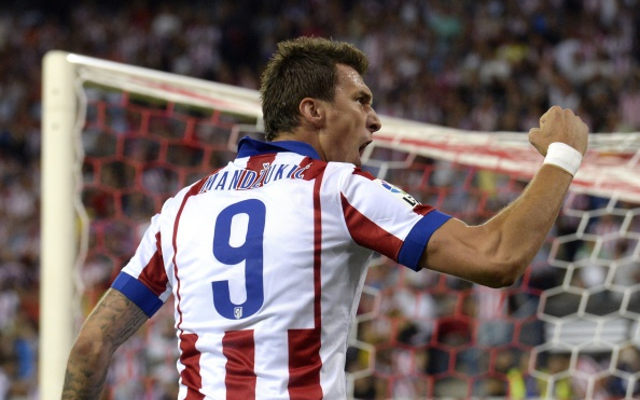 Arsenal and Manchester United’s hopes of signing Mario Mandzukic have been dealt a blow by the news that AS Monaco are also keen on the Croatia forward.

The forward featured for the likes of Dinamo Zagreb and Wolfsburg, before joining Bayern Munich in 2012. He enjoyed a successful goal-laden period at the Allianz Arena, where he won the Champions League in 2013 as well as two Bundesliga titles.

However, not to the taste of Pep Guardiola, and squeezed out by the arrival of Robert Lewandowski, he moved to Atletico Madrid in 2014.

Arsenal failed with a bid for the forward in January, but with relations frosty between Mandzukic and Atleti coach Diego Simeone, it is believed that the Spanish heavyweights would be willing to sell in the summer.

Manchester United also made a move for the forward in January but were rejected, while Manchester City were also rumoured to be linked with his signature.

All three EPL sides may return for the forward in the summer, but they may well face competition from Monaco.

According to Le Parisien [via Le 10 Sport], the French moneybags are keen on bringing Mandzukic to the Stade Louis II should Dimitar Berbatov leave the club this summer.

It is believed that Mandzukic’s national teammate and ASM goalkeeper Danijel Subasic is attempting to convince his compatriot to commit his future to the Club of the Principality.