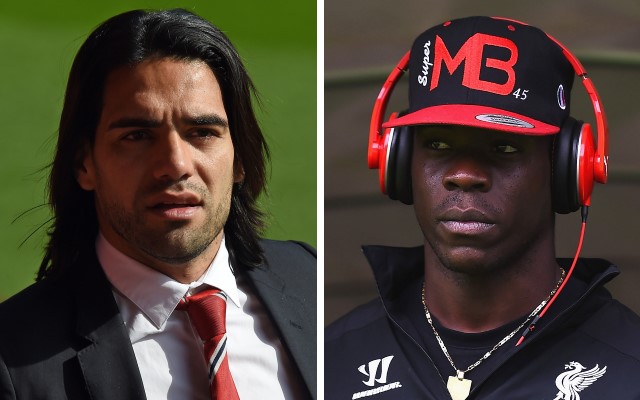 News that Liverpool are keen on bidding for Manchester United flop Radamel Falcao has prompted intrigue on Merseyside, but how does the club’s latest transfer target compare to their current striking misfit Balotelli.

AS Monaco may have slashed their asking price for Falcao, who is now believed to be available for £20 million, but the forward has done little to convince observers that he can contribute in the Premier League following a poor campaign at Old Trafford.

The Colombian has endured a troubled campaign under Louis van Gaal. Admittedly, injury has affected his progress, but the striker has failed to adapt to English football and has delivered a series of disappointing performances.

Nonetheless, the failings of Balotelli make Falcao look almost like a success in Manchester.

The Italian forward has featured 16 times in the Premier League for Liverpool—admittedly less than the former FC Porto man’s 25 outings.

However, his goal return of one (with zero assists) is considerably worse than Falcao’s contribution of four goals and four assists.

Similarly, in various other areas of their respective games, the South American has outshone the ex-Manchester City player.

They are hardly the kind of stats that will set pulses racing at Anfield though, and while Falcao—five years Balotelli’s senior—might have enjoyed a marginally better campaign than the Italian, he has hardly demonstrated enough to merit such an outlay from Rodgers.