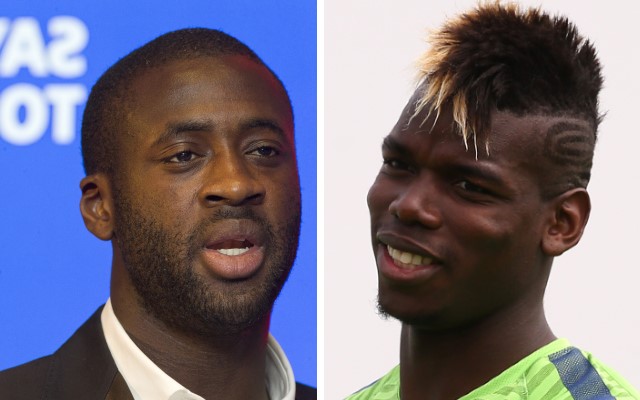 Recent rumours indicate that Manchester City are looking to offer Yaya Toure as a part-exchange for Juventus midfielder Paul Pogba.

It’s no secret that France international midfielder Pogba is set to be one of the most sought-after transfer targets of the summer.

Barcelona have openly admitted their interest in the player, but as they are unable to register any new recruits this summer, the Catalonians will have to wait until January to make their move.

By then, Pogba may have left Juve, with French moneybags Paris Saint-Germain also interested in his signature.

However, City may have stolen a march on their rivals, as Manuel Pellegrini’s side would be in a position to offer former Champions League winner Toure as part compensation for the powerhouse midfielder.

It’s important to note that Yaya, at 31, looks to be past his prime, while Pogba, still only 22, is surely some years away from reaching his peak performance.

The Ivorian would largely be a stop-gap measure for Juventus, but considering the recent renaissance of Carlos Tevez—another City reject—Max Allegri may be confident that he could get some good years out of Yaya.

This term, the West African’s stats are comparable to those of Pogba.

Both players have scored eight league goals, but Pogba’s have come in only 23 matches, compared to 27 for Yaya.

Similarly, the Ivorian has contributed fewer assists (one) than the Frenchman (two). However, considering their broader game, there is not as much to separate them.

Yaya’s passing success rate (88.9 percent according to WhoScored) is better than Pogba’s (83) and he is also playing in a stronger team for a relatively weaker side.

Similarly, Yaya’s average aerial victories (1.3 per match) is not significantly lower than Pogba’s (1.5).

It’s clear, however, that Pogba—with superior shots per game, key passes per game and dribbles per game, is a greater influence than the ageing Elephant.

Juventus may get some mileage from the former Barcelona man, but already, the argument can be made that he would struggle to match Pogba’s contribution.