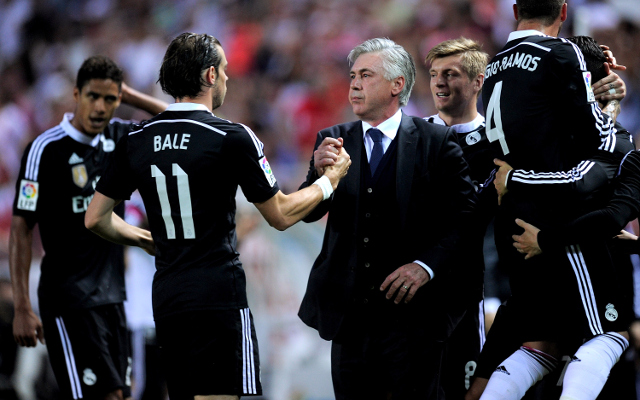 Real Madrid boss Carlo Ancelotti has criticised Gareth Bale’s agent for speaking too much to the press on matters he knows little about, and insists that the Spanish giants are pleased with the Welsh winger’s performances this term.

The 25-year-old’s agent, Jonathan Barnett, has been telling the media that his client is suffering in Madrid due to his team-mates refusing to pass the ball to him [via the Telegraph], however Ancelotti claims that such comments are far from the truth.

The Italian said, “This is a world in which a lot of people talk and sometimes they talk too much,” as quoted by BBC Sport.

“Bale’s agent, who has never been to one of our training sessions, who doesn’t know the atmosphere we have, spoke from outside.

“It would have been better to stay quiet. We are happy with Bale’s season.”

Recent reports from the Daily Mail claimed that Bale has become isolated with the La Liga giants due to his failure to grasp the Spanish language since leaving the Premier League almost two years ago, which has left him unable to communicate effectively with his team-mates in the dressing room.

Chelsea, Manchester City and Manchester United [via the Daily Star] have been heavily linked with capitalising on the Wales international’s alleged unhappiness with Los Blancos by making a move in the summer transfer window.