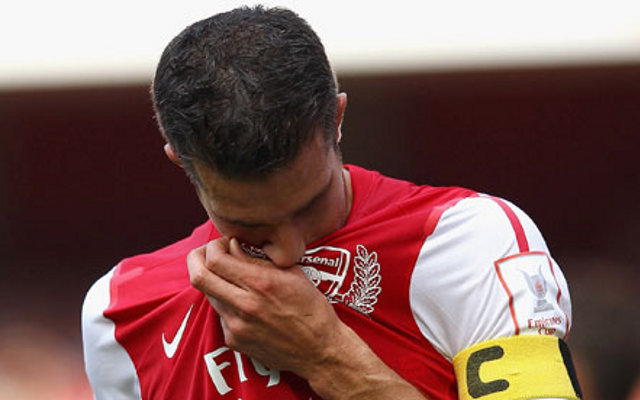 Manchester United star Robin van Persie is extra keen to score against Arsenal when the rivals play on Sunday, reports the Daily Star.

The Dutchman is more motivated than usual as he has been driven further and further towards the fringes of the first team squad at Old Trafford. Wayne Rooney is the first choice striker at the moment, and the 31-year-old has been competing with Radamel Falcao for the back up spot.

The striker missed their last game against Crystal Palace with a virus, but is apparently recovering well and should be available to play on Sunday. He will likely be keen for the match with it coming against former team Arsenal. Van Persie left the Gunners in 2012, and fans of the North London club have directed their ire at him ever since.

However, they will be even more motivated than usual according to a Star source: “He would like nothing more than to start against Arsenal of all people, so he can give the manager a significant reminder of what he’s still capable of.”

A good performance from the forward could be enough to make Louis van Gaal think again before putting him on the bench.