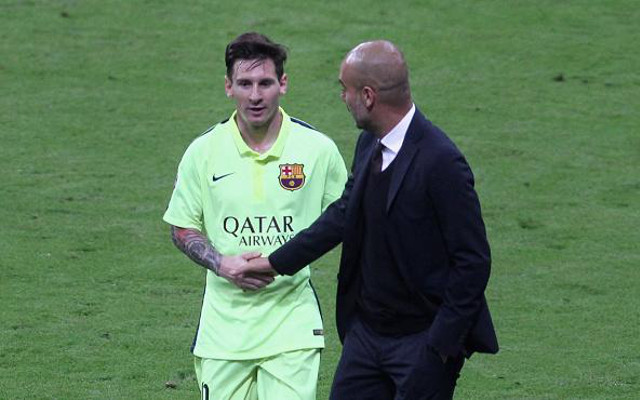 Despite it being just half-time of Bayern Munich’s Champions League second-leg tie with Barcelona, Pep Guardiola couldn’t help but catch up with Lionel Messi in a warming display of respect between the pair.

The Spaniard has often been considered the key man behind Messi’s rise to stardom – having nurtured the Argentine attacker during his time at the Camp Nou – and their admiration for one another was clear at the Allianz Arena on Tuesday night.

Barcelona fought back from a goal down to finish the first-half 2-1 up, and as Messi walked to the dressing room at half-time, Guardiola took the opportunity to catch up with the forward.

Have a watch of the moment between Messi and Guardiola below…

Bayern were victorious on the night – but the damage was done in the first-leg at the Camp Nou – as the comeback proved too difficult for the Bundesliga giants.

Luis Enrique’s side will meet either fierce rivals Real Madrid or Serie A champions Juventus in the Champions League final in Berlin next month.