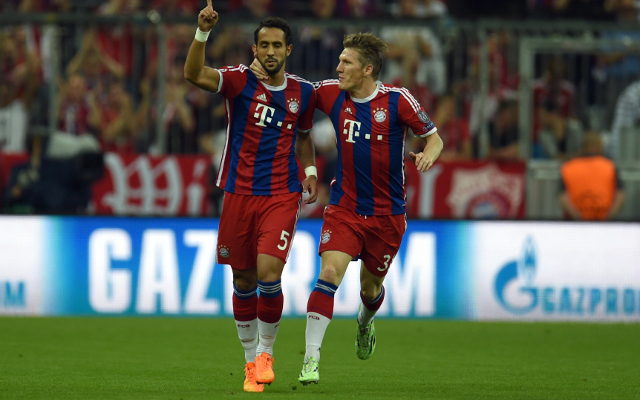 Bayern Munich have got the second-leg of the Champions League semi-final versus Barcelona off to the perfect start at the Allianz Arena after netting the opening goal with just seven minutes on the clock.

Medhi Benatia has scored the first of the game for the German giants, and the player himself will surely have been shocked with the time and space he was awarded in the box by his opposition.

A wild shot from Robert Lewandowski resulted in a corner for Bayern, and the set-piece met the free head of Benatia who was left unmarked in the box. Terrible defending from Barcelona.

They have cut the aggregate scoreline to 3-1, and have given themselves plenty of time to pull off a spectacular comeback that Pep Guardiola’s side are certainly capable of completing – despite their miserable form at present.

Have a watch of the opening goal below…