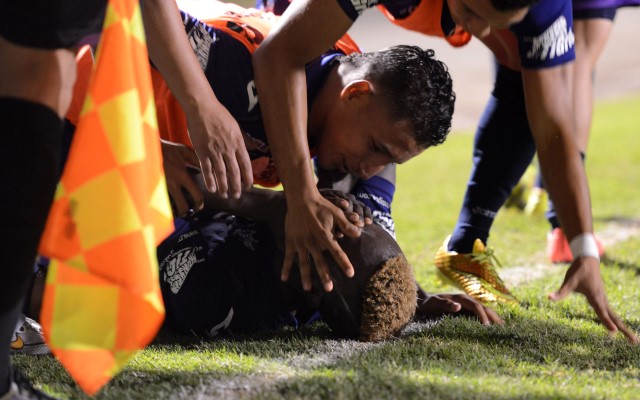 Honduran defender Marlon Pena decided to take matters into his own hands when faced with a pitch invader in league action on Saturday.

A fan had decided to remonstrate with one of Pena’s Real Espana teammates following their 2-0 defeat in a Honduran league game away to rivals Marathon.

Clearly riled at his side’s defeat, the rebellious supporter was like a red rag to a bull for Pena, who decided to demonstrate some vigilante tendencies.

The defender managed a magnificent leap before planting his face firmly in the face of the intruder, who appeared to be wearing some kind of novelty Father Christmas hat.

The supporter managed—amazingly—to keep his headgear intact, but I doubt he’ll be venturing onto the pitch if Pena’s in sight any time soon.

Maybe Delph could do with a lesson or two in self defence from our man Marlon.