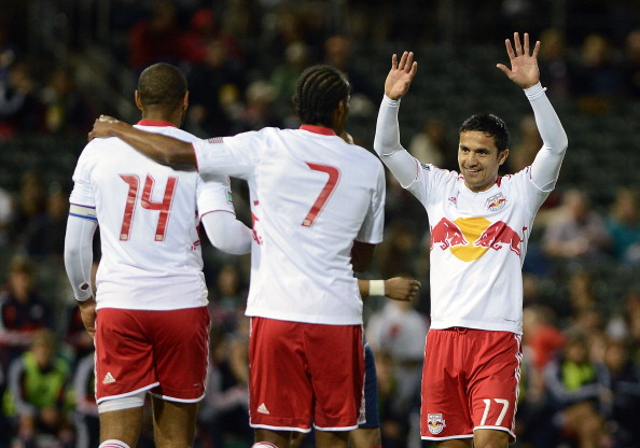 Everyone loves a fast goal, right? Whether it’s a long range effort from the kickoff, a goalkeeping error, or a quick build-up, there’s something special about a side taking the lead in the opening seconds of a game.

If you also love a goal scored in the opening seconds, have a look at this series of clips from the MLS as they count down the fastest ten goals in the league’s history.

If you think 25 seconds is fast, you’re wrong – that’s only the tenth fastest goal (scored by Imad Baba for New England in 1997). The record is a more recent goal by Tim Cahill – he scored in a mere eight seconds for New York Red Bulls in a game against Houston Dynamo in 2013.

Not only was Cahill’s goal incredibly fast – it was also extremely good. I won’t spoil it – check out the video to see all of the top ten.