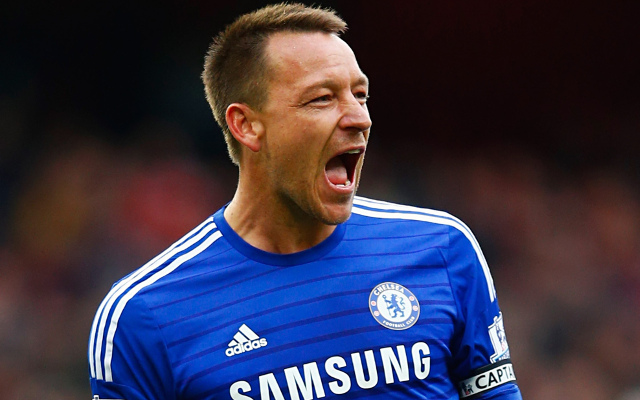 Chelsea winger Eden Hazard scooped the FWA Footballer of the Year award on Tuesday to add to his PFA Player of the Year award, as he fended off competition from teammate John Terry and Tottenham Hotspur’s Harry Kane to win the coveted prize, which was voted for by journalists from all around the UK.

But the writers at fanatix do NOT think that Hazard has been the best player in the Premier League this season.

fanatix got 10 of their football writers to vote for their player of the season in order to name the 2014-15 fanatix Writers’ Player of the Year.

The votes were mixed as players from Arsenal, Manchester United, Manchester City and Aston Villa were nominated for the prestigious award.

“Captained Chelsea to Premier League glory, playing every minute and barely putting a foot wrong during the title procession. He’s the best defender in the top flight by a country mile, and the fact he isn’t also skippering his country is farcical.”

“He may have dipped out of form a little since 2014, but to come straight back and play like he was never away is impressive. Nobody has even come close to creating as many assists as he has, highlighting just how easy he finds it.”

“Special praise must always go to a player who produces in his first season in English football. Imagine what he’ll do next year.”

“Veteran has played every minute of every game and is arguably in the best form of his career. Clearly a very divisive character – love him or loathe him. But in playing terms he’s been immense for Chelsea.”

“Now an England international, Delph has turned Villa’s form around. He was playing well during their slump too.”