Arsenal are set to welcome back Danny Welbeck for the game against Manchester United on Sunday afternoon at Old Trafford as the Gunners look to secure a top-three finish in the Barclays Premier League.

Mirror Online reports that the striker Welbeck has recovered from the knee injury which has kept him out of the last two games against Hull City and Swansea City, with manager Arsene Wenger revealing that the 24-year-old should be back in full training by the end of the week.

The Gunners will be keen to see the former United man have a similar impact on Sunday to that of his first return to Old Trafford earlier in the season when he scored the winner in the FA Cup quarter-final clash between the two sides back in March. 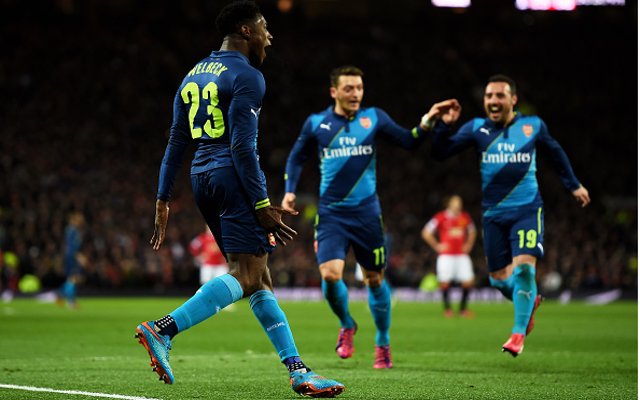 Following the 1-0 home defeat by the Swans on Monday night, the North London can still finish second in the league and will avoid finishing fourth with victory against United, but anything less will leave them sweating over automatic Champions League qualification.